Excerpt: One Night of Scandal 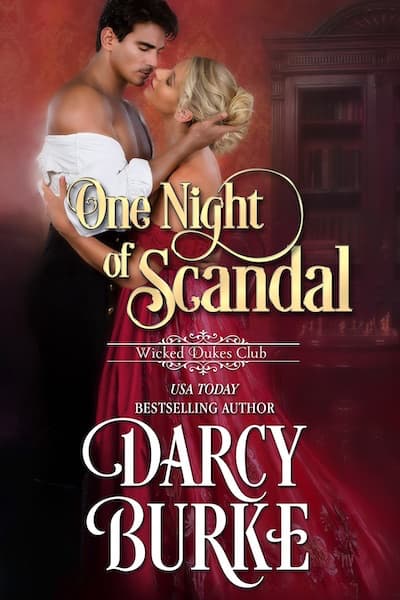 Jack moved into the billiard room and saw that Lady Viola was watching him. Jack quickly made his way to her side and stopped dead.

One of her sideburns was barely hanging onto her face. He rushed forward and urgently whispered, “Your disguise is falling off.”

Her hand came up to her cheek, and she felt the problem. Her eyes widened, and she started toward the door to the private salon, leaving the billiard room without a word.

Jack followed her out at a sedate pace. Once he got to the private salon, he saw her heading through a back doorway. He continued after her, ending up in a small, poorly lit storage room.

She turned as he entered, her breath drawn in a sharp gasp. Then her shoulders dipped in relief as she recognized it was him. She pushed the hair onto her face. “It won’t stick.”

He stepped forward and surveyed the problem. “No, it doesn’t seem to want to.”

“I have glue in my pocket, but I don’t have a looking glass.”

She reached into the pocket of her coat and pulled out a small jar. Opening the lid, she showed him that a brush was attached to the underside. “Just use this to dab the glue on.” She set the lid back on and handed him the pot.

Jack took the brush and moved even closer. “Sorry,” he murmured. “The light isn’t very good in here. I’d hate to glue your mouth closed.”

“My brother would probably appreciate that. At least he would have when we were younger.” She laughed softly, completely abandoning the deeper tone of Tavistock’s vocalizations. Her laugh was warm and alluring.

They were nearly chest to chest. “Can you tip your head back slightly?” he asked.

She did as he asked, and the lone lantern hanging on the wall splashed its meager light across her cheekbones. He swiped the brush into the glue. “A sparing amount?”

She started to nod but seemed to think better of it given his ministrations. “Yes.”

He brushed the glue onto her face. “It’s a shame you cover yourself up with these. Does it hurt when you take them off?”

“Not really,” she said. “I’m quite used to it. Hold the hair in place for a moment so the glue will set.”

Replacing the brush into the jar, he gently pressed the faux hair against her skin. It was an intimate caress, or it would have been if she were bare faced. Her gaze locked with his as his fingertips applied pressure. He was aware of the warmth of her flesh and a hint of fragrance that had no business belonging to a man. He hoped no one ever got this close to her and recalled how she’d expertly removed Pennington’s hand earlier.

Jack’s changed his mind. This was intimate. And only growing more so the longer they looked at each other and the longer he touched her face. He’d never been more aware of her as a woman.

As he withdrew his hand, he was struck by an image of her without the facial hair. Her lips were full—the top pointed in the middle and the bottom thick and lush—and he saw himself kissing them…

Return to One Night of Scandal 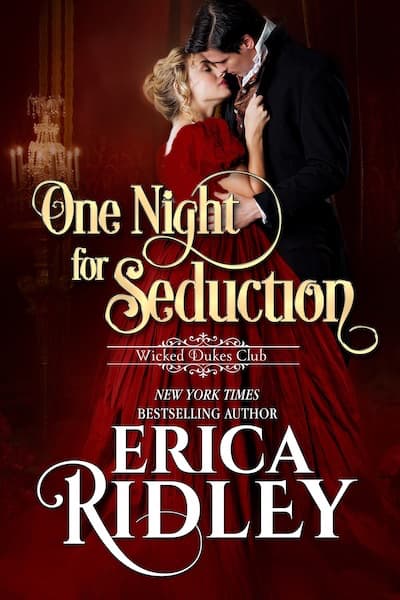 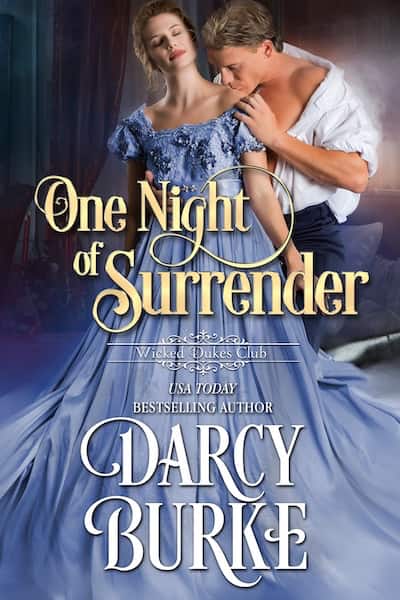 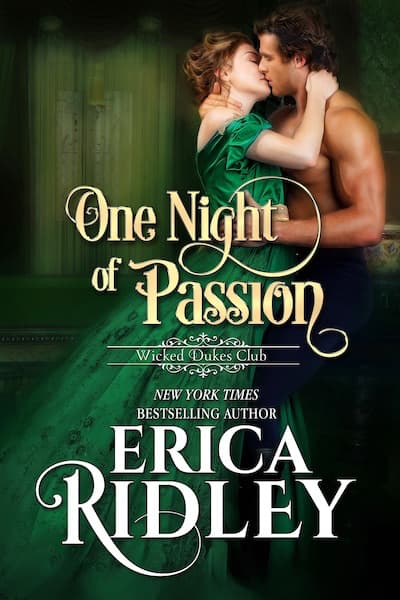 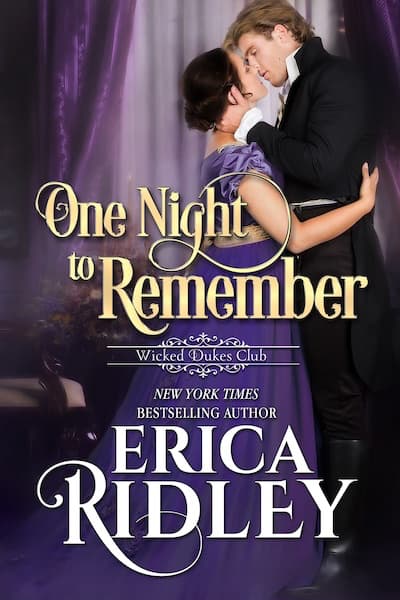 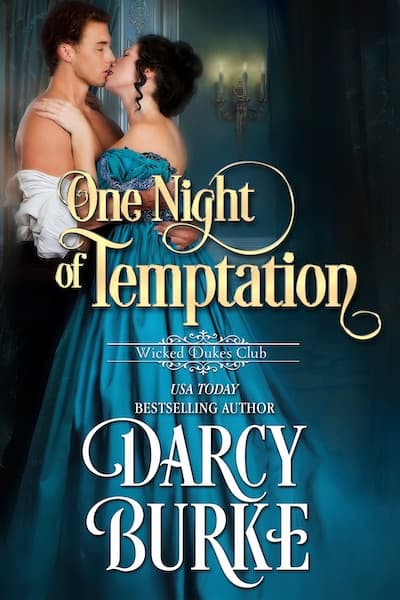