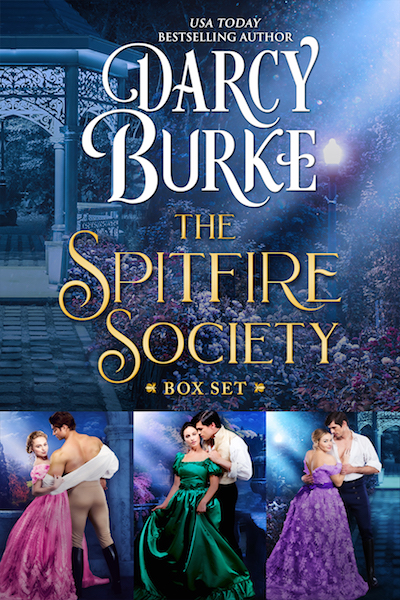 From the USA Today bestselling author of The Untouchables series comes your next Regency obsession: The Spitfire Society. Meet the smart, independent women who’ve decided they don’t need Society’s rules, their families’ expectations, or, most importantly, a husband. But just because they don’t need a man doesn’t mean they might not want one…

Never Have I Ever With a Duke

Sparks fly between a penniless young lady and a debt-ridden duke who literally can’t afford to pursue a courtship.

Graham Kinsley is shocked when he inherits an insolvent dukedom. He needs an heiress—or to recoup the former duke’s losses. When he meets the alluring Arabella, he’s entranced. Unfortunately, she’s as bankrupt as he is, but if they work together they may be able to recover their fortunes. Though if they keep stealing kisses, they may lose their hearts instead.

A Duke is Never Enough

When a seductive rake is suspected of murder, a self-declared spinster spitfire may be his only hope for salvation—and love.

Notorious rake Marcus Raleigh, Marquess of Ripley, is gracing the gossip pages for a new reason: the rumors he may have murdered his swindling cousin. His quest for answers regarding his cousin’s death leads him to an incomparable self-declared spinster, and he is beguiled beyond reason. After abandoning her philandering betrothed at the altar, Phoebe Lennox won’t risk a relationship of any kind until Marcus sweeps her into his seductive embrace, and her resolve falters. But when the truth about Marcus and the murder come to light, Phoebe could lose everything she holds dear.

A Duke Will Never Do

A self destructive viscount finds himself under the care of an enchanting spitfire, but when the sins of his past threaten them, he’ll pay any price to keep her safe, including his heart.

After failing on the Marriage Mart, Jane Pemberton takes up residence in the official headquarters of the Spitfire Society. When she finds an unconscious viscount on her doorstep, she nurses him back to health—and requests his offered recompense in the form of private instruction of a scandalous and intimate kind. After spiraling into a self-destructive abyss following the murder of his parents, Anthony, Viscount Colton, physically recovers under the care of an alluring spitfire. But when an extortion scheme forces him to face the sins of his past, he’ll have to pay the ultimate price to protect the woman who saved him. 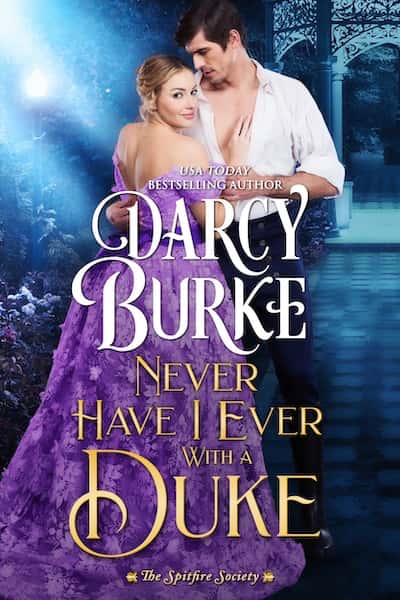 Never Have I Ever With a DukeBook 1

A Duke is Never EnoughBook 2 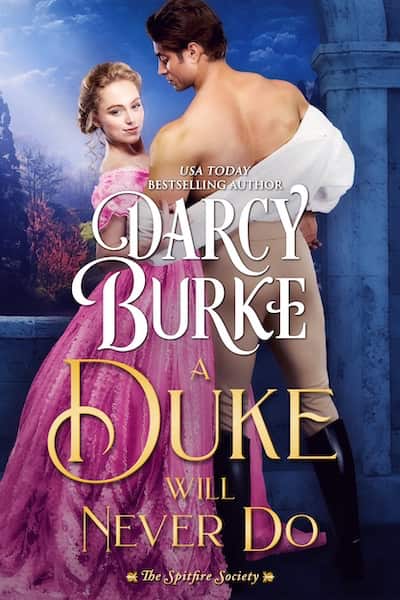 A Duke Will Never DoBook 3